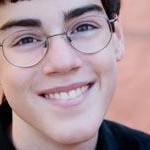 In 2000, when Matt Savage was just 8 years old, he played piano for Dave Brubeck and jammed at a sound session with Chick Corea and his sidemen, Avishai Cohen and Jeff Ballard. The following year he was invited to a sound check to jam with jazz great McCoy Tyner and his sidemen, Avery Sharpe and Al Foster. In 2003, at the age of 11, Matt debuted at the famed Blue Note jazz club in Manhattan and the Kennedy Center in Washington, DC with his own band, the Matt Savage Trio. The following year he debuted at NY’s Birdland jazz club, performing with the legendary Clark Terry on trumpet, Jimmy Heath on sax, Jon Faddis on trumpet, Marcus McLaurine on bass and Kenny Washington on drums. By 2005, Matt had performed twice with Chaka Khan. Matt was interviewed and his Trio featured as the musical act on “Late Night with Conan O’Brien” in December of 2006. In February of 2007, Matt and his Trio made its first appearance at the prestigious Dizzy’s Club Coca-Cola at Jazz at Lincoln Center.
Savage has performed at the New Orleans Jazz Festival and the Ottawa International Jazz Festival and appeared on NBC-TV’s “Today Show,” ABC-TV’s “The View” and ABC-TV’s “20/20,” among others. His music garners radio play worldwide and he has been featured in numerous documentaries internationally, including the acclaimed “Beautiful Minds” which aired in America on the National Geographic Channel in 2007. In September of 2007 Matt was also featured in American Airlines’ “American Way” magazine in an impressive article heralding Matt, “Boy Genius: A jazz legend – at 15.” The article profiled Matt’s phenomenal rise as a jazz musician and composer and his status as a “prodigious savant” (one of only 100 in the known world). In December of 2007, Matt Savage and his music were featured on the prestigious syndicated NPR show, “Piano Jazz,” hosted by Marian McPartland. And thus far in 2008, Matt has appeared as the musical act on “The Late Show with David Letterman,” signed an international sub-publishing deal with SONY/ATV, released his 8th CD (which has received rave reviews and hit #11 on the JazzWeek Radio Charts), garnered a coveted award from the Council for Exceptional Children and been accepted as a resident at the Stanford Jazz Residency program for this coming summer.
Matt has made an extraordinary emergence from his own diagnosis (at the age of 3) of Pervasive Developmental Disorder, a high-functioning type of autism. At that age, Matt could not communicate easily or withstand even the slightest noise, not to mention music. His parents immersed Matt in a special treatment program involving patient training, sound medical intervention and a strict dietary and vitamin regimen (the D.A.N. Protocol). From age 3 to 8, Matt underwent round-the-clock intervention ranging from speech and occupational therapy to a completely gluten free/casein free diet. At age 6½, Matt did a special auditory integration therapy to retrain his ears and make them less sensitive to sound. Matt was able to retune his sensory and social perceptions and his musical skills flourished at an accelerated pace. He taught himself to read piano music and immediately began studies in classical piano, switching to jazz after discovering the music of Thelonious Monk, John Coltrane and Miles Davis. Today he studies, performs, composes and loves not only jazz and classical but just about every genre of music. His web site is SavageRecords.com.

The Paralegal Assistant Training "PLAT" Program has been highlighted in … END_OF_DOCUMENT_TOKEN_TO_BE_REPLACED 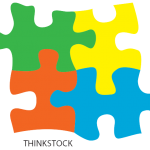 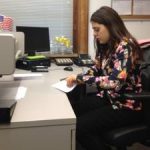 BROOKLINE By  Laura Lovett On a snowy day in February 2015, … END_OF_DOCUMENT_TOKEN_TO_BE_REPLACED

Originally published by The Official Website of the Massachusetts Judicial … END_OF_DOCUMENT_TOKEN_TO_BE_REPLACED 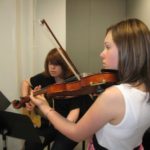 The Autism Higher Education Foundation Pioneers Programs for Those with … END_OF_DOCUMENT_TOKEN_TO_BE_REPLACED

BROOKLINE By  Laura Lovett On a snowy day … END_OF_DOCUMENT_TOKEN_TO_BE_REPLACED