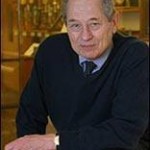 Jerome Kagan is emeritus professor of psychology at Harvard University. His research over the past 57 years has centered on the cognitive and emotional development of infants and children. During the last 30 years he and colleagues have concentrated on the temperamental biases called high and low reactivity in infants. He is a fellow of the American Academy of Arts and Sciences and a member of the Institute of Medicine. He has received distinguished scientist awards from the American Psychological Association, the Society for Research in Child Development, and the Child-Mind Institute. Kagan received his Ph.D from Yale University in 1954 and taught at the Ohio State University and Antioch College before joining the Harvard faculty in 1964.

The Paralegal Assistant Training “PLAT” Program has been highlighted in a seminal report entitled “Massachusetts Healthy People 2020 Autism Roadmap” published by the U Mass Medical School Shriver Center. The Autism Higher Education Foundation program is mentioned under the title; “Future possibilities: Transition to Adult Life.” You can read more here.