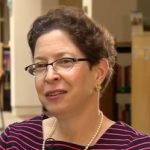 Amy Weinstock is the Director of the Autism Insurance Resource Center at the University of Massachusetts Medical School’s Eunice Kennedy Shriver Center, and an instructor in the medical school’s Department of Psychiatry. She has an extensive background on insurance issues related to autism and has played a key role in passing several significant pieces of autism insurance legislation in Massachusetts, including ARICA, the groundbreaking 2010 law requiring health insurance to cover medically necessary treatment for autism and the 2014 Autism Omnibus Bill. Amy also serves as a trustee of the Riverview School, and as a Commissioner on the State’s Autism Commission.

Following a successful career in real estate and banking, Amy, the parent of a child on the autism spectrum, decided to merge her personal passions and professional experience. She completed a Leadership Education in Neurodevelopmental and Related Disabilities (LEND) fellowship at the Eunice Kennedy Shriver Center in 2005. Following this, she served as President of the outreach organization of the Lurie Center for Autism at Massachusetts General Hospital for two years prior to her appointment as Chair of the Insurance Committee for Advocates for Autism of Massachusetts (AFAM)

Amy’s work has been recognized through numerous awards including the Federation for Children with Special Needs Martha H. Ziegler Founders Award, the Margaret L. Bauman Award for Excellence, the Massachusetts ARC’s Distinguished Citizens Award, the Doug Flutie Jr. Foundation Essential piece award, and the Northeast ARC’s Edward C. O’Keefe Memorial Award. She is a graduate of Wellesley College and received a Masters of Architecture from Harvard University.

The Paralegal Assistant Training “PLAT” Program has been highlighted in a seminal report entitled “Massachusetts Healthy People 2020 Autism Roadmap” published by the U Mass Medical School Shriver Center. The Autism Higher Education Foundation program is mentioned under the title; “Future possibilities: Transition to Adult Life.” You can read more here.